Does Almond Milk Cause Acne?

Dairy alternatives have taken the food industry by storm. Almond milk has estrogen and omega- 6 fatty acids which aggravate acne. You must be wondering that how can a plant-based milk have estrogen in it?

Estrogen is a hormone, present in males and females. The main source of estrogen in females are the ovaries while in males, twenty percent is made by the testis and remainder are made locally by adipose tissue, brain, and skin where the testosterone are converted to estrogen. It regulates female secondary sexual characteristics primarily and in males regulate bone metabolism along with many other functions. Plant estrogens are called phytoestrogen. Although different in name, they function similarly to the estrogen in the body.

Researchers have found two sides to almond milk as it has phytoestrogen. The phytoestrogen in some have found to be helpful as it counteracts testosterone. In some women the level of testosterone is high for example in women with PCOS and the high testosterone can present as acne. In patients with high level of androgens almond milk has shown improvement. On the flip side of the coin, it is the opposite in cases where adding more estrogen to the system could aggravate the condition.

We are aware of the fact that acne is an inflammatory condition. Almond milk has omega 6 fatty acids which are pro inflammatory, again aggravating the acne. This is why before consuming almond milk; a person must take phytoestrogen into consideration. 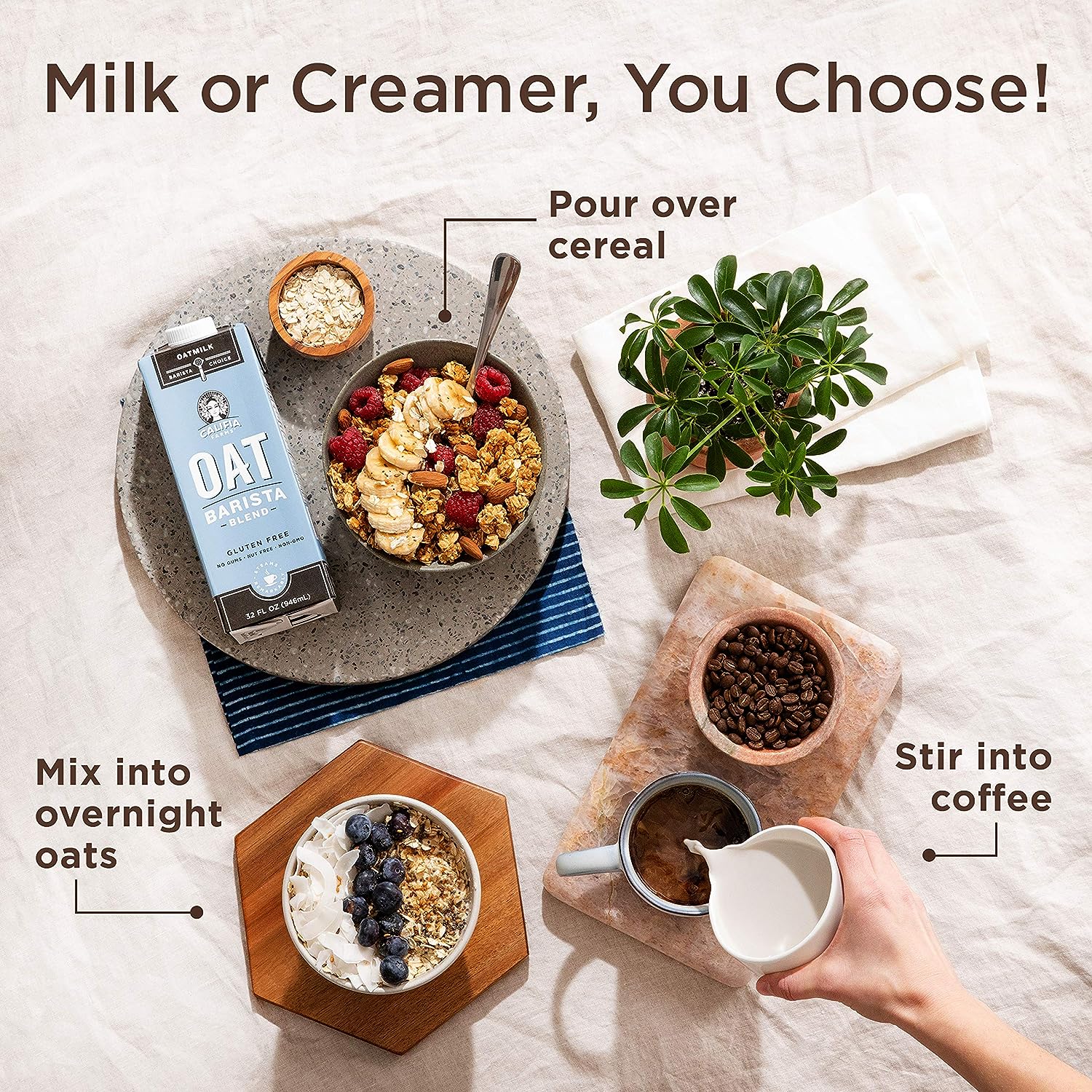 In the recent years there has been a shift from cow’s milk and there has been a relentless debate on animal cruelty, its effect on skin and intolerance to cow milk which is why alternative to dairy has become so demanding in the food industry.  A study conducted in 2015 stated that 75% of the world’s population was intolerant to lactose which is why dairy alternatives such as oat milk are becoming popular.

How is it made?

Oat meal rolls are soaked and blended in water and strained using a cheese cloth.

How to use Oats on skin for acne?

It is fortified with vitamins and minerals, including vitamin B, D and calcium and is a great substitute to cow’s milk in lattes and coffees for its thick and creamy texture. It has less protein compared to cow’s milk or soy milk but more protein than other plant-based beverages such as coconut or almond milk.

Dairy or nondairy, according to studies, oat milk contains the most fiber such as beta glucans which is a soluble fiber that benefits the heart and reduces LDL levels in blood which is also known as the bad cholesterol. One must be aware of the high content of carbohydrate oat milk contains. Oat milk also has drawbacks other than having more carbohydrate such as it is commercially expensive and the most expensive oat milk is not gluten free certified.

Cleopatra, the Egyptian Queen was known for her beauty and it is said that she had almond as a part of her regular diet and beauty regime. Almonds are rich in antioxidants such as vitamin E that nourishes and softens the skin when applied daily. The antioxidants protect the body from free radicals such as harmful bacteria and pollution. Almonds consumed in moderation improve the overall health which can help improve acne. There is no such data that suggests that there are direct links about almonds preventing or reducing acne.

Applying almond oil or milk protects again the UV rays and sun damage. Inculcating almonds in diet on a regular basis does not only provide acne free, but soft and smooth skin. However, eating almonds alone is not enough to prevent acne. One needs to have a proper, balanced diet.

Consuming almond milk can aggravate acne as it is high in estrogen. Patients suffering from hormonal acne may want to keep almond off of their diet chart as a slightest imbalance in their hormone levels can make acne worse.

Does Milk cause pimple

Yes, dairy is one thing patients with acne or acne prone skin must avoid as it may aggravate acne and make it worse. Although, this is not true for everyone. Individuals react differently to milk but those who do, reacts the worst with skimmed milk. It is more likely to cause an acne flare than yoghurt, cheese or other dairy products. Acne can be a result of hormonal imbalance in the body and milk is known to have insulin spiking hormones that trigger acne break out.

Acne over jaw line, chin and cheeks can be seen in hormonal acne. There is no evidence in which acne is directly linked with intake of milk but some studies suggest milk can make acne conditions to become worse. A study conducted in 2018 involved and examined 78,529 adults, adolescents and children. It studied the consequences of dairy consumption on acne.

It included different types of dairies such as cow milk, cheese and yoghurt and various amounts and frequency at which they were given. It concluded, any type of dairy aggravated acne breaks out among 7-30 years of age and among them skimmed milk was the worst.

Researchers came up with probable theories:

IGF-1 is a hormone in blood which is also found in milk. Other hormones such as estrogen, prostaglandin, prolactin and steroids may also be found in milk. Studies found that adults, who drank more than three servings of milk per day, had, ten percent higher IGF-1 in blood compared to those who did not consume dairy products. It also stated that IGF-1 was nine to twenty percent higher in children among 10-12 years of age who consumed milk.

In America, farmers often inject cows with rBGH which is a synthetic hormone that stimulates milk production. Consuming milk from farmed animals may increase iGF-1 among consumers that increase sebum production and aggravate acne.

However, these are theories which need to be researched further. The American Academy of dermatology does not include avoiding dairy as part of acne treatment yet.

Coconut Milk is the safest dairy alternative as it is low in sugar content and inflammation causing omega 6 fatty acids. It is high in acne clearing micronutrients such as magnesium, potassium and selenium. Coconut is one of the most digestible plants one can consume as it is gluten free, soy free and is ‘gut friendly’.

It is not only a safe alternative to dairy but is known to clear existing acne. One must keep in mind that adding refined sugar will eliminate the benefits it has and will not serve the purpose so when choosing coconut milk, it is important to select and purchase organic coconut milk as well as sugar and additives free.

Soy Milk is an increasingly demanding ingredient used in vegetarian and vegan diet in the West. Soy milk comes from soy plant and is rich in proteins and isoflavones which are similar to estrogen. In a study conducted by a Chinese university in Hong Kong, a journal stated that intake of soy products was associated with a low occurrence of acne among participants.

Regardless of such data there is something called ‘soy allergy’ which can cause inflammatory response in body and aggravate acne vulgaris.

Here is why it happens:

Our bodies rely on a balance of female and male hormones which are estrogen and androgen respectively. Disruption in the balance of the hormones can play a pivotal role in the formation of acne, hence contributing to the development of hormonal acne. Androgens go to androgenic receptor while estrogen goes to the estrogen receptor and participating in maintaining the hormonal balance. Soy milk has a lot of phytoestrogens which can disrupt this balance and they act as estrogen hormone as the body will respond to it like estrogen in the body.

Consuming soy will subsequently raise phytoestrogen which will go and attach to the estrogen receptors, leaving the real estrogen to roam around and not performing their job. Phytoestrogen is weaker in functionality compared to real estrogen so the androgens are the only ones who are performing their job accurately and the end result becomes androgen dominant which may be a reason for acne break out.

There are other ways soy may aggravate acne. Genetically engineered soy products are cheap and used as food fillers. They are available in a lot of fast-food chain to reduce cost which is why there can be a rise of consumption of soy and worsening of acne.

Another way for soy products to reach consumers is through skin care products or make up products which contain soy. Whether it is coconut oil, wheat extract or soy containing products, it does not matter when it comes to acne. As long as the pores are clogged, there will be a higher chance of acne formation. Soy is a ‘pore cloggger’ which can contribute to acne formation or make acne condition worse.

Due to the presence of phytoestrogen and omega 6 fatty acids which are pro inflammatory, almond milk may aggravate the formation of acne and is a chaotic introduction to the body in those with a hormonal imbalance. However, there are many alternatives to dairy which are more suitable for people with acne prone skin. That being said, one must keep in mind, almond milk may not trigger everyone with acne. To those who notice a significant flare up or worsening of acne after consuming almond milk, must eliminate or limit the consumption of almond milk.

The FAQs About Almond Milk and Acne

Which non-dairy milk is best for acne prone skin?

It is best to choose a milk low in glycemic index, unsweetened and that which do not spike up glucose level or IGF-1 as it can trigger acne formation. Almond milk is a better choice than dairy for sure but coconut milk is best suited for acne prone skin while soy milk is the most controversial.

Which milk cause acne?

Is acne a dairy allergy?

Acne is an inflammatory response where there are three things that play pivotal roles:

While it is not clinically placed under allergies, a dairy allergy or precisely being lactose intolerant could create an allergic response which may look like acne but the difference is acne usually do not itch according to Dr Jaliman, a New York based dermatologist.

Why does cheese cause acne?

Cheese and other dairy products increase the level of a hormone called insulin like growth factor (IGF-1) which increase sebum production that clog pores and lead to formation of acne. However, a study conducted in 2019 concluded that people who consumed milk had more acne compared to that of cheese and yoghurt.

Is Almond Milk Good for Diabetics?

Hi this is Dr. Rimita Farid. I have completed my MBBS from MAHSA University in Kuala Lampur , Malaysia and currently a registered doctor in Bangladesh. I am training in Dermatology and Venerology and writing for me has been a hobby, even before i decided to be a doctor. I believe our lives are getting stressful with every moment and i believe writing is the solution to all our problems. The power of pen and paper is highly underestimated by many, and i am blessed that i realized how stimulating writing can be for my well being. Hope my articles are relatable and can reach as many readers as possible.

Can Sexual Frustration Cause Acne?

What Are the Good Side Effects of Botox?

What You Can Expect from Brazilian Laser Hair Removal