Affiliate Disclosure
Wholesomealive.com is reader-supported. As an Amazon Associate, we earn from qualifying purchases.
Weight Loss

Do you think, only you are concern about your weight? No, not at all.

A large number of people are overweight or obese around the world; you are one of them. Don’t worry; you can be slim again if you can follow some rules and specific diet habits. Can’t you believe it? Ask me why?

Hope, you definitely know Jessie James Decker who is an American famous pop singer, songwriter, fashion designer, and reality television personality. She has lost 25lbs weight, where her expectation was lower than the amount.

Do you know what secret lies behind this? It is only the south beach diet. If she can lose weight about 25lbs, why you can’t? We should know details about Jessie James Decker South Beach Diet and her weight loss plan.

So that, we can discover a secret that will help us to lose weight as our expectation. So, we need to know the south beach diet at first, right? Then we will know how Jessie James Decker loses her weight with the South Beach Diet.

What is the South Beach Diet?

South beach diet is a mixture of 3 types of food (Carbohydrate, protein, and fat) where the ratio of these three kinds of foods is maintained so that the diet can help to lose weight. Definitely, you know this composition is invented by someone who’s named Dr. Arthur Agatston. He is a famous American cardiologist.

Dr. Arthur had been thinking about this diet from the 1990s. He advised this diet for many patients, and he noticed the patients become well day by day, and they lose weight significantly.  And ultimately he had reached in a decision in 2003 that this diet response excellently on weight loss. After that, he included this south beach diet to his most selling book “The South Beach Diet.”

The diet contains a maximum portion of unsaturated fat, a moderate amount of protein, and the minimum amount of low-glycemic-index (The carbohydrate that releases glucose slowly into the body after intake) carbohydrates.

It is true that the diet contains low carbohydrates, but it is not like a strict low-carb diet. That is why you don’t need to count carbohydrate that you are taking. In addition, I want to make you understand this south beach diet is not directly equal to a ketogenic diet.

Nowadays, the south beach diet becomes one of the most popular commercial diets only because of its effectiveness. This is an ideal diet for those persons who want to go on a weight-loss event and get the result quickly with a healthy diet.

Jessie James Decker gave birth to her third child in March 2018. Just after the time she was struggling with weight loss. But recently she posts her many photos in online social media where she also posts her side by side photos. Her pictures show that she has got a slim figure now and she is also excited about this fact.

Decker also added that she was totally surprised by the result, which was more than her expectation. According to decker, you can also take this diet for a healthy and fast weight loss program, and it is not complicated at all.

Definitely, Decker had a weight loss plan and started the program after setting up a goal. At this point, I’m going to disclose the weight loss of Jessie James Decker.

She had a secret and most important plan for weight loss that was a food plan. She believes if she could maintain a healthy weight loss diet, she would have a good result. She maintained The South Beach Diet, and she was also the ambassador for that. The diet contains low carbohydrates (low-glycemic-index), moderate protein, and the maximum portion contains unsaturated fat.

Decker was not satisfied only taking proper weight loss diet; rather, he loved high-intensity circuit training and weight lifting. Her goal was to be able to feel good and to obtain the energy to run after her babies. That means she was worked hard at the time, and as a result, she had got the result that was more than her expectation.

Some people ask whether they can drink or not during the weight loss program. For those I want to add Jessie James also took drink zero-sugar Smirnoff and her favorite flavor is strawberry and rose. She added that she is always concern about what she is putting inside the body. 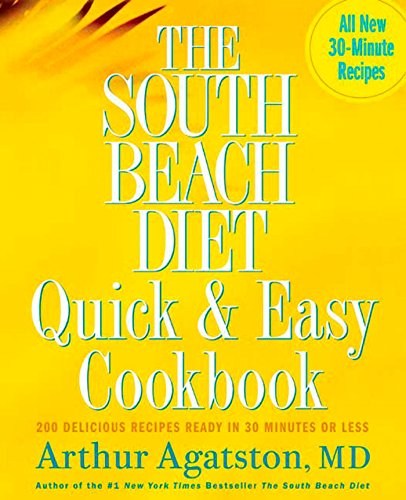 I want to share advice with you that comes from Jessie James Decker. She took pictures of her won every couple of months so that she could compare. She got inspired when she noticed that the recent picture is lean than the previous one. Really this difference inspires everyone.

Helpful hint from Jessie James Decker: A little progress each day adds up to big results.

Jessie James Decker is a very busy lady who is a singer, songwriter, and at the same time she is a proud owner of renowned clothing and accessories brand ‘’kittenish’’. You know she is very concern about her health, and she also manages the time to keep healthy her body.

Her body was not fit just after welcoming her 3rd baby, but she makes her body well-fit in time, and she told south beach diet help her a lot for it. She also loves the diet for the following reasons.

It is a little bit difficult to take the diet, which is not tasty and flavorful. Weight loss foods are not always tasty and delicious, but the difference is here with the south beach diet. According to Decker, you love the foo for its fabulous flavor and end up satisfied always.

The south beach diet is healthy, and you lose weight if you eat. According to the decker statement, it is a balanced diet that contains balanced nutrients. After eating the diet, you will not feel any inconvenience; instead, you will get enough energy. And in the end, you lose weight easily.

The food is prepared perfectly proportioned, nutritionally balanced, and digest easily. It is the food that starts watering in your mouth and starts losing weight. This is not the only reason that I’m saying it convenient you can also customize your order. You can make a menu that suits your lifestyle. Do you expect more?

I think anyone can love this food only for this reason. A lot of weight loss supplements are there in the local and online market, but everybody has a question against them, does it really works? But there is no space to ask this question here because everybody knows it really and really works. Jessie says the secret of her body shape is the south beach diet.

According to me, it is not costly at all. Many people waste a lot of money for many weight loss supplements which don’t work at all, and some other need extreme exercises. But the south beach diet cost only about 300$ for a monthly plan. You need to add just 40$ if you want to get snacks with a south beach diet which are really affordable.

Only because of the effectiveness of the south beach diet, it becomes a commercial diet, but its quality remains unchanged. Rather, the manufacturer always tries how they can improve. If you purchase a 28-days plan, you can get simple fit shakes free for one week. Sometimes they also offer the 28-day plan at 40% off. You can try now to check the offer. Also, Jessie James Decker became the south beach diet commercial actress.

Just think,  a food that is delicious, easily digestible, and finally, it really works, amazing! Is there any lack according to your expectations from a weight loss diet? I don’t think so.

Just think, Jessie James Decker who is very much sincere about her health and before that she is also sincere about what she is putting into her body. If it has any difficulty and significant side effects, she never takes this diet. For that reason, she mentioned that the diet is easy and convenient. At the same time, its price is not so costly.

My name is Katelyn, writer extraordinaire...in progress! Becoming a great writer is always a work in progress if you ask me. By day I am a hard-working nursing student. By night you'll catch me typing away, writing content for awesome websites. One of which is my own - Polymathchick.Nursing and writing are two of my passions and careers that I am building up. You know what they say. If you love what you do you'll never work a day in your life!

We will be happy to hear your thoughts

Wholesomealive is an online healthcare media publishing website. Our mission is to provide easy to read and in-depth medical information. Read More