Is Baking Soda Good for Diabetes?

Baking soda is now known as the  “miracle product” and is a must need for every household. Baking soda is even believed to be working wonders for people suffering from diabetes. So, Is baking soda good for diabetes? Stay with me as I answer all your questions.

Baking soda has an important role in slowing the progress of chronic kidney disease. Now many studies shows that it also have an amazing role in managing your diabetes. However, there isn’t much research to establish the statement. So, how is it then that people actually experiencing various changes consuming baking soda?

Results of uncontrolled diabetes are uncountable and one of them is developing a life threatening condition called diabetic ketoacidosis. Main precipitating factor for developing such a condition is infection due to compromised immune systems.

As a result, it causes a fungal infection called mucormycosis which is known to be prevented by the consumption of baking soda. Now, how do you know you’re suffering from an infection as such? How much baking soda will help? when to take it? Read further for your answers! 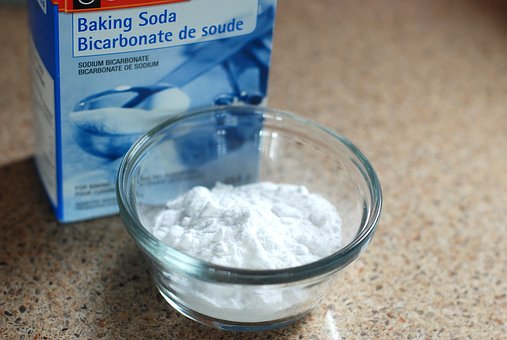 Medical Use of Baking Soda

It is used as antacid and soothes the stomach,reduces heartburn, prevents acid reflux. It is also used as a laxative during gastric lavage. It relieves insect bites and is sometimes used as local anaesthetics.

Baking soda reduces the potassium level in the body which makes it suitable for treating hyperkalemia and also reduces contractility of heart muscles and improves heart condition. It can also be used in the treatment of tricyclic antidepressant overdose.

The use of baking soda is endless and hence it is often called the “miracle product” but if consumed too much, it can also produce harmful effects which is discussed below.

Too much baking soda can cause deficiency of chloride and potassium in the body but can also cause a rise in sodium level as a component of baking soda is sodium. This electrolyte imbalance can worsen your kidney and heart condition. It also causes muscle weakness and cramps and causes generalized weakness.

Generally, half teaspoon of baking soda dissolved in four ounce of water is safe to drink. You can drink it every two hours but dosage greatly depends on your age. Drink it slowly in sips for better absorption and a more positive result.

However,if you’re suffering from ketoacidosis, make sure to consult a doctor for specific dosage and effective treatment. Nevertheless, always consult your doctor if you feel any stomach discomfort or health issues even after drinking the prescribed amount of baking soda.

Properties of Baking Soda and How it Helps:

Baking soda has only one component and that is sodium bicarbonate consisting of the sodium and bicarbonate ions. It’s alkalinity causes an important reaction with acids. Alongside its medical uses, it is specially useful for diabetic patients in the following ways-

In diabetic patients, baking soda has several effects. In case of diabetes, insulin activity is impaired which puts pressure on your spleen continuously to reduce inflammation of the body. What baking soda does here is that it triggers cells present in your digestive tract which signals the spleen to increase synthesis of more anti- inflammatory cells which reduces the constant pressure on your spleen and boosts up overall immunity.

Diabetic people also cannot use sugar in their body for any activity which causes the fat cells in the body to break down fat for energy which releases an acidic substance called ketones giving rise to diabetic ketoacidosis which makes your body more prone to all kinds of infections.

What baking soda does here is that increases pH. This reduces extracellular activity and increases intracellular activity which reduces the potassium level in the body which usually tends to increase as a side effect of ketoacidosis. pH level above 7 activates insulin, resumes glucose metabolism, halts lipolysis and proteolysis thus reducing effects of diabetic ketoacidosis and the speeding up of infections such as mucormycosis.

Mucormycosis is a fungal infection that occurs in immunocompromised people such as those with diabetic ketoacidosis. It is caused by saprophytic fungus namely, rhizopus, rhizomucor, and absida. It affects the respiratory system and skin. It can also affect the oral cavity causing necrosis of the jaw bone maxilla and cause bad odor due to the fungal decomposition of the gum around the teeth.

Symptoms include fever,cough, nasal congestion and sinus pain. When it affects the skin, it can spread very quickly and can produce blisters and redness in the skin. Be careful though cause if it is left untreated it can be fatal.

How do you know when it is not just a normal skin infection and just seasonal cough? Well,if you’re suffering from diabetic ketoacidosis, always be under the supervision of a doctor and contact your doctor for even the slightest discomfort you face.

Treatment depends on the severity of the disease and can include surgical intervention to remove the infected tissue and prevent spread of infection. However, it can be as simple as taking antifungal medicines such as amphotericin B or can easily go away using baking soda too!

Evidence supporting such is not strong enough and is based on a research study on mice. Study mice suffering from diabetic ketoacidosis have, however, shown significant improvement upon consumption of baking soda. So why is it that we are saying the research result was not a strong enough evidence?

A good scientific research that is regarded as strong evidence should and must include 4 phases; one of which is human trial. In this phase, a certain sample size is determined and divided into two groups. To eliminate bias, one group is given placebo(a fake drug mimicking the real drug) and the other group is given the real drug. The effects of which are recorded after a certain period of time.

On the contrary, the research done in 2016 about the effect of baking soda on diabetes also did until animal(in this case,mice) testing and did not use placebo treatment. Neither did it go through human trial. It was also a study done on a very small group of people and was not even replicated to ensure the result. The research done in 2004 and 2009 also has similar controversies associated with it.

Therefore, it is safe to assume that the research result is not conclusive of the effect of baking soda on diabetes. In spite of the controversies, it cannot be denied that some people have shown a positive result consuming baking soda.

With change in lifestyle and diet,rise in diabetes and its complications is of increasing concern. Diabetic ketoacidosis is one such complication which results in various infections; one of which is mucormycosis.

Now, although the effect of baking soda on preventing mucormycosis is controversial, it has been proven for many diabetic patients as useful. Hence, drinking baking soda to boost your immune system and fight off infections such as mucormycosis in a prescribed manner should be helpful.

By - SM Kamal Hasan
About Wholesomealive