Eating frozen dinners is becoming very common these days for many reasons. The best part of it is that you don’t have to spend much time cooking food especially if you are a student or anyone having a busy daily routine. But Did you ever think that,  are frozen dinners healthy? Or do you know about the healthiest frozen dinners out there?

Well, the article is all about frozen meals, their nutritional value, whether you should eat them daily or not, and above all, you are going to get information about almost all famous frozen food brands. Moreover, you will get to know whether frozen dinners help with weight loss or not. So just keep reading until the end because you are at the right place.

Are frozen meals healthy? Are frozen dinners good for you? What are the healthiest frozen meals? How healthy are frozen meals? These are the questions that most people ask about the popularity of frozen foods day by day. In this era of technology, where people hardly get enough time to cook food for themselves, frozen food is indeed a blessing but you have to remember a famous quote that says, excess of everything becomes poison.

If we talk about the pros of frozen dinners, it is super convenient for you just to grab them and heat them in a microwave and you are ready to go. That can be a good thing especially when you have a busy day. But on the other hand, frozen food has some cons too.

Although frozen food has the same amount of vitamins and minerals as fresh food, the main problem is the additives and preservatives. Especially a large number of artificial flavors and those additives that are used to enhance the shelf life of frozen food are not good for health.

Frozen dinners are good and healthy if you eat them according to properly controlled portions and mix them along with vegetables to make them satiating so that you do not feel hungry for longer.

How to Choose the Healthiest Frozen Meals 2021

To choose the best-frozen meals,  you should look at the three things on the nutrition label.

The amount of saturated fat in a frozen meal should not be higher than 4.5 g. Saturated fat is a bad fat that increases the LDL or bad cholesterol level in our body.

This is where a lot of brands get a bad reputation. To preserve the food for a longer period, they add a high quantity of sodium that is harmful to health. Sodium content in your frozen food should not be higher than 700 mg.

Fiber is very important to give you a satiating effect. It is going to tell you whether the food contains some beans and vegetables or not. If it doesn’t have enough fiber content, eat it along with a bowl of vegetables. The amount of fiber should be 4g or higher.

So, this is the way to choose which frozen foods are the healthiest.

Are microwave dinners healthy? What are the best healthy frozen meals? People mostly ask this because it is easy to take out the frozen food from the refrigerator and microwave it. Yes, microwave dinners are healthy if they are low in sodium and saturated fats.

Following is the list of healthy microwave frozen meals.

What Are the Healthy Frozen Meals for Weight Loss?

Do frozen dinners help with weight loss, This is a query among most plates. Yes, frozen meals can help you with weight loss if you eat them according to portion control. You should know how to eat a balanced amount of frozen food and how frequently you should eat.

As you know, it is all about calories. If you eat fewer calories than you burn, you can lose weight. Many frozen meals are less than 400 calories. An American researcher has shown that eating frozen meals can help you with portion control as they are perfectly portioned to count calories. There is no need to measure the proper food portion.

All you need is to take care of how much you should eat in one meal. You should know what the best low-calorie frozen meals are. Here is the list of frozen dinners that you can eat during weight loss.

Here is the nutritional information and reviews about some famous frozen food brands. It will help you understand which of the frozen dinners is healthy and why are some frozen foods bad for your health?

Lean cuisine is a sesame chicken meal. If we talk about the nutritional value of one package, it has 330 calories, 9 grams of fat, 14 grams of protein, and 25 mg of cholesterol, 650 mg sodium, 48 grams of carbs, 3 grams of fiber, and 15 grams of sugar.

So, 14-gram protein is not a huge amount but it is okay. The only problem is it has a lot of sodium and additives that are not good for health. Otherwise, it is good for weight loss just because of a good amount of protein.

Amy’s frozen dish contains a Mexican casserole bowl having 380 calories that are very close to the actual meal. So after eating it, you don’t snack on other unhealthy foods.

Although it has a good amount of fiber, 1440 mg of sodium is a very high amount that can interfere with blood pressure and the cardiovascular system.

Are Smart Ones Frozen Meals Healthy?

It is not healthy for weight loss as it doesn’t contain enough quantity of protein but it is good for low added sugar and low sodium content.

It is highest in fats and calories. So it is not good for those who want to lose weight. But the best part is that it contains vegetables. There are no added vegetables in any other frozen food brand except Merrie’s Callender meals.

Are Healthy Choice Frozen Meals Good for you?

210 calories is not a filling meal and you can feel hungry after some time when you finish eating. Sweeteners and thickeners are not good for health.

It depends upon what type of tv dinners you are eating. Most of the tv dinners are made to taste good and they add many additives, preservatives, and artificial flavors that are not good for health.

Swanson’s tv dinner is high in sodium. High sodium can make you feel bloated and causes you to gain weight.

Finally, we can understand what types of frozen dinners are healthy by understanding and looking at the nutritional label. Are frozen dinners healthy is a complicated question to answer but if one understands what these frozen foods contain, it becomes easy to see whether we should eat frozen dinners or not?

Are frozen dinners bad for you?

Frequently eating frozen dinners can be bad for you if they are high in sodium and saturated fats. Sodium can cause high blood pressure and other hypertension-related diseases such as stroke.

Which brands of frozen dinners are healthiest?

Amy’s frozen dinners are the healthiest as they also offer light sodium options. The lesser is the amount of sodium in frozen food, the higher are the chances that it is healthy.

Are frozen dinners just as healthy as fresh foods?

The vitamins and minerals in frozen food and fresh food remain the same but the nutritional difference arises from the amount of sodium and preservatives that are added to improve the shelf life of a packaged food. These preservatives, sodium, and frozen food are less healthy than fresh food.

Hello there! This is Dr. Swathi Kilari here, a writer in progress. I am a graduate of Cebu Doctors' University from the Philippines and am currently registered to practice in India. I write now and then to share my knowledge and experience about healthcare. I am happy to help you make wise choices to lead a healthy life. Healthcare and teaching are two of my passions. I am a food enthusiast, home baker, and cook. If I am not doing any of these, I am probably sleeping.

Should I Have Cream of Wheat for Constipation? 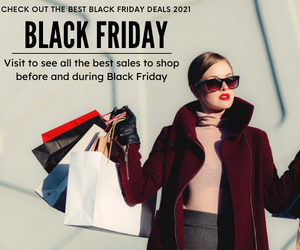 Icy Cold Feeling in Breast: Is it an Issue of Concern?

Legs Shaking When You’re Having a Poop?

Gatorade Zero: Worth The Risk?

What Are the Aftereffects of Adderall?

Pea-Sized Black Balls in Your Stool? Not to Worry, Here’s All You Need to Know.

Abdominal Pain Worse When Sitting Down? Here’s Why!

Should I Have Cream of Wheat for Constipation?